Pramod Mutalik justified the Mangalore attacks saying that raid was against drug mafia and sex mafia working in the area. A lot of females are becoming victims of the pub culture and the attack was intended to highlight the problem and to protect the women.

A survey conducted by an NGO Campaign Against Drunken Driving (CADD) says nearly 80 percent of those visiting pubs and bars in the Indian capital are below the legal age of 25 years. Excise Law bans the sale of liquor to or by anyone below 25 years and it recommends a fine of Rs.10,000 for violators. However, as nearly 33.9 percent of those below 16 years of age easily procure alcohol from government authorised liquor shops, bars and pubs. Although the law prohibits young people to be employed at any bar or pub, nearly 55 percent of those working as service attendants in bars and restaurants are young boys and girls below the age of 25. The offence is punishable with a fine of up to Rs.50,000 or imprisonment of three months to be levied on the outlet but the enforcement of the law is not effective.

lture,” saying it resulted in young men and women taking to drinking. He has initiated National Policy on Alcohol, to be introduced in the next 3-6 months which would limit the number of days for liquor shops to remain open, fix hours and specify the age for drinking. 40 per cent of the road accidents in the country were caused by drunken driving by young men women, who jeopardised not only their own lives but also of others. A number of people who lost their lives in these accidents were in their 20s, the most productive period of life. 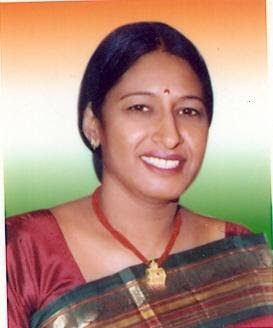 Equating attack on women at a pub in Mangalore with terrorism, Madhya Pradesh Governor Balram Jakhar said in a democracy nobody has any right to hit others. Veteran Bollywood actor Naseeruddin Shah has urged women victims of the recent pub attack in Mangalore to be courageous and protest against it.

Film actress and MP Hema Malini condemned the attack on pub by Sri Rama Sene activist and said pub going culture was not the Hindu tradition. “I have two daughters, I always keep on calling them when they go out for party" she said.

Noted crooner Usha Uthup admitted that Valentine's day is not part of Indian culture but supported its celebration by interested people.

U.R.Ananthamurthy, a noted Kannada writer and an intellectual strongly criticised Sangh Parivar for the attack. “Banning the Shri Ram Sena is not the solution. A ban on the entire Sangh Parivar would help prevent such incidents in the future” U.R.Ananthmurthy says.
Safdar Hashmi Memorial Trust (SAHMAT) opposed the Mangalore incident. Four Delhi based NGOs Nirantar, Jagori, Sama and Saheli, all of which work on women's rights issues have opposed Pub attack in Mangalore.

The Association of Mangalore University College Teachers (AMUCT) has condemned the alleged abuse of women. Bishop Aloysius Paul D'Souza of the Diocese of Mangalore has criticised the pub attackers. Organisations such as People’s Union for Civil Liberties, Komu Sauharda Vedike, Karnataka Rakshna Vedike, and some educational institutions have decided to stage a protest in front Town Hall

BJP leader Anantha Kumar has supported the right of people to enjoy pleasures. But, BJP accuses media of biased reporting in Mangalore attack.

[Contributed by mksri and SS]