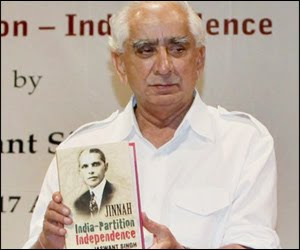 Immediaely after Jaswant Singh published a book on Jinnah, a meeting of the BJP Parliamentary Board in Shimla unanimously decided to remove the former Union Minister from the primary membership. Anti party activities by Jaswant against Vasundhararaje in Rajasthan, ideological deviation as revealed by the contents of the book and criticism of the central leadership were the reasons for the expulsion #.

Gujarat chief minister Narendra Modi banned the book in Gujarat immediately after the expulsion for its negative portrayal of Sardar Patel. The decision is being read in the party as a stern message of zero tolerance to ideological deviation and indiscipline. These were among several messages clearly conveyed to the BJP by Rashtriya Swayamsevak Sangh chief Mohan Bhagwat in a television interview. 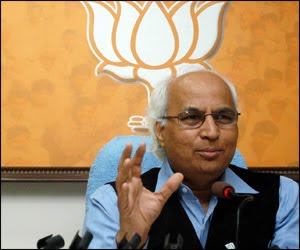 After a couple of days, the 52-year-old Mr Kulkarni, who was the co-author of Mr Advani’s June, 2005, Jinnah script ended his ``active association’’ with the party as he wanted to have the ``freedom to express,’’ his views but insisted that his decision had nothing to do with the ouster of Mr Jaswant Singh #. He did not see any difference between Mr Advani’s Jinnah appraisal, and the views expressed by Mr Jaswant Singh on the Quaid-e-Azam in his book. Mr Kulkarni was quite critical of BJP’s decision to expel the former Union minister, also alleged the party was now being controlled by “Stalinists.”

Followed by Kulkarni's departure, In an unusually candid interview another senior leader Arun Shourie described BJP as a kite without a string #. He urged RSS to take hold of the party and to watch conduct of individuals. He disapproved Jaswant's judgement on Jinnah but at the same time, differed with Narendra Modi's view on the book with respect to Patel. Arun Shourie has cited criticism of Patel in The Tragic Story of Partition by the RSS ideologue H V Sheshadri for his role in Partition of the country#. The Bharatiya Janata Party (BJP) asked senior leader Arun Shourie to explain his statements against the party leadership #.

Commenting on Arun Shourie’s call for the RSS to intervene in BJP’s affairs, RSS leader Ram Madhav stated that the Sangh had nothing to do with the party and that it will handle its affairs on its own #.
Posted by medsyn No comments: Links to this post