Who are these Interlocutors? 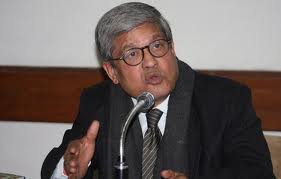 Dileep Padgaonkar began his career in journalism at the age of 24. After receiving a Ph.D. in humanities from the Sorbonne in June 1968, he joined the Times of India as its Paris correspondent. He served the paper in various capacities before he was appointed its editor in 1988, a post he held for six years. In between, from 1978 to 1986, he also worked with UNESCO in Bangkok and Paris. 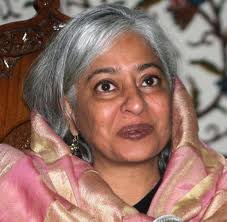 Radha Kumar holds a Ph.D from Jawaharlal Nehru University in Delhi and an MA and BA from Cambridge University, UK. She was associated with peace and conflict studies at the Council on Foreign Relations in New York (1999-2003), the Mandela Centre for Peace and Conflict Resolution at Jamia Millia Islamia University, Helsinki Citizen’s Assembly in Prague (1992-1994) and Institute for War and Peace Studies at Columbia University (1996-8). A specialist on ethnic conflicts and peace processes she has written several books many of them dealing with conflicts of Bosnia-Herzegovina and Kashmir. 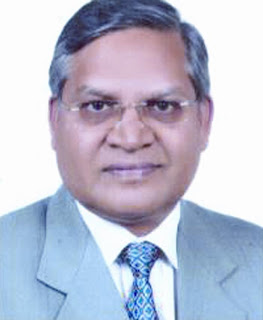 M.M. Ansari holds a Ph.D degree in Economics, Post-Graduate Diploma in Public Finance, M.A. Economics from the Universities of Buckingham (England) and Aligarh. Prof. Ansari is Information Commissioner of the Central Information Commission. He is an Economist and Education Specialist. He was associated with Hamdard University, 2004-05, IGNOU, 2000-03, Federation of Indian Chambers of Commerce and Industry (FICCI), 1996-97; Association of Indian Universities (AIU), 1985-94; and National Institute of Educational Planning and Administration (NIEPA), 1984-85. He also served the Planning Commission, Government of India, 1981-84. Dr Ansari has completed research projects sponsored by ICSSR, DST, and Planning Commission. MHRD, COL and UNESCO. He is author of several research papers/ articles (110) in professional journals and books/monographs.


Posted by medsyn No comments: Links to this post

The interlocutors report has not made any dramatic impact on the major players in the Kashmir affairs. Appointment of interlocutors was a strategic initiative by the Indian government to create an opportunity to make headway towards a stable arrangement in Kashmir.

The report of the interlocutors on Jammu and Kashmir was rejected by separatist groups including both moderate and hardline factions of Hurriyat Conference led by Mirwaiz Umer Farooq and Syed Ali Shah Geelani. Awami National Conference senior vice president Muzafar Shah has termed the report of 172 pages as a mere essay on Kashmir on which “Thirty Seven Lakh Rupees per page” were wasted. Shakeel Ahmed Bakshi, the face of young dissenters who openly supported the stone-pelting pastime of the local youth during the 2008-10 civil unrest openly calling it Kashmiri Intifada, said the report seeks to “dilute the freedom sentiment”.

BJP completely rejected the report saying that it would weaken India's position on the sensitive border state. The suggestion of interlocutors to review post-1952 laws in Kashmir was described by the party as a disastrous step. BJP said the report "was written in a complete denial mode, ignoring certain hard realities on the ground". Besides, it was felt the report has not addressed the issue of terrorism emanating from across the borders by state players and non-state players. In stark contrast, JD(U) welcomed the Centre's interlocutors report on Jammu and Kashmir saying it will help strengthen peace in the Valley.

Responses to the report from different quarters show that the initiative has not created hope and consensus. But, rather it is fuelling cynicism and confusion. Evidently, the initiative by the government in Kashmir has failed and this failure is the latest of a series of strategic mistakes committed by India since 1947.

When Hari Singh, reigning monarch of the Kashmir, was undecisive about the accession, India should have foreseen the imminent aggression by Pakistan. Pakistan strategically masked its aggression by a tribal face which created sufficient confusion to Hari Singh. When Muslim soldiers of Hari Singh joined Pak army, Hari Singh realized the reality and acceded to India. Indian forces could successfully blunt the Pak aggression in the open warfare. But Indian leaders were fooled once again by Islamic warfare tactics adopted by Pakistan. India could not insist complete accession of Kashmir to India. About forty percent area of the state was allowed to be under Pakistan's control, providing it a strategic land route to China through the Karakoram ranges. Misplaced faith in Security Council, offer of plebiscite in the UN were first few strategic mistakes committed by India.

Following the cease-fire after the Indo-Pak War of 1965, India agreed to return the Haji Pir pass to Pakistan which it had captured in August 1965 against heavy odds and at a huge human cost. The pass connects Poonch and Uri sectors in Jammu and Kashmir and reduces the distance between the two sectors to 15 km whereas the alternate route entails a travel of over 200 km. In addition to denying a direct link between Poonch and Uri sectors, the pass is being effectively used by Pakistan to sponsor infiltration of terrorists into India.

With the fall of Dhaka on 16 December 1971, India had scored a decisive victory over Pakistan. Over 96,000 Pak soldiers were taken Prisoners of War (PoWs). Pakistan was forced to sign Shimla agreement. Both countries agreed to exchange all PoWs, respect the line of control (LOC) in Jammu and Kashmir and refrain from the use of threat or force. India released all Pak PoWs and did not use leverage of huge number of POW to bargain permanent peace. This strategic mistake continues to haunt India even today.

Indian politics has failed expectation of people with respect to Kashmir. Both state and central governments are keen in maintaining status-quo and not working towards reversing deterioration of situation in Kashmir. Political parties and social groups are contributing towards alienation of Kashmiri Muslims from the main stream society. In fact, Kashmir problem is a manifestation of a strategic mistake of accepting dual nation theory in our subconscious mind. Muslim community is misguided for political reasons by vested interests throughout the country. Strong philosophical foundations of India have not been leveraged in neutralizing intolerant attitudes in Indian society.

Separatists in the valley and their supporters in Pakistan are successfully exerting pressure on India to further their objectives. Pakistan is able to keep the Kashmir pot boiling without resorting to a conventional war. Pakistan is waiting for an opportune time to make decisive moves. India is reciprocating to the strategy of Pakistan of maintaining status-quo and delaying final resolution. Peace by avoiding war, economic prosperity and tolerant next generations - these have become unquestionable postulates of Indian thinking.

Interlocutors have emerged in this environment. Understandably, their report cannot be expected to be deviating from the disastrous path we are progressing from a long time.

Posted by medsyn No comments: Links to this post